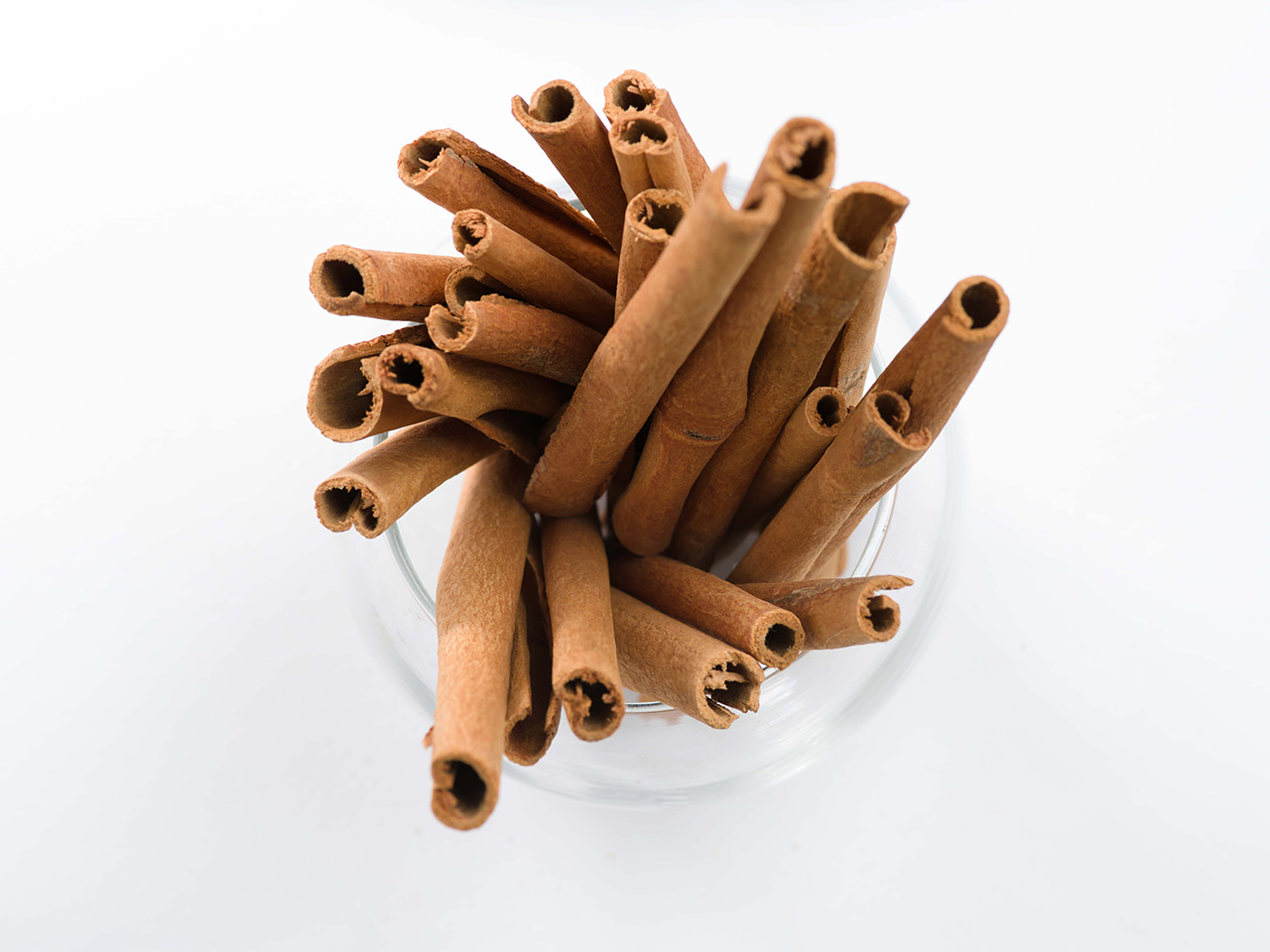 Mane Kancor’s Supercritical CO2 Cinnamon Bark Extract is obtained by the supercritical CO2 extraction of dried barks of cinnamon. This process, carried out at ambient temperatures and high pressures, avoids loss of aroma and degradation of actives. The product is a viscous, dark yellow to brown, oily liquid, with the pleasing aroma of cinnamon barks. Furthermore, it is a pure, natural extract, without any preservatives or anti-oxidants.

Supercritical CO2 extraction is carried out at ambient temperatures and high pressures, which allows for extraction without the loss of aroma and degradation of actives. Thus, resulting in a perfect cinnamon bark extract that is similar to natural cinnamon in flavour and aroma.

What are the colour and aroma characteristics of Supercritical cinnamon extract?

A viscous oily liquid, Supercritical cinnamon extract ranges from dark yellow to brown in colour with a pleasing aroma of cinnamon barks.

Which applications is CO2 cinnamon extract used in?

What are the key value drivers of CO2 Cinnamon Extract?