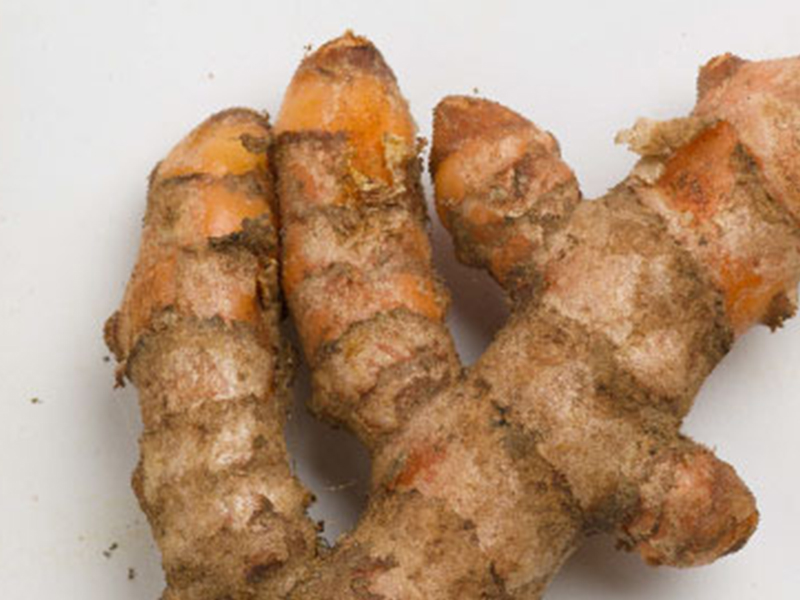 Turmeric is a rhizomatous, herbaceous, perennial plant that hails from the family of Zingiberaceae. Commonly used as a spice in many regional cuisines, it is also used to impart colour during the process of dyeing. Turmeric Oleoresin is obtained by the solvent extraction of ground-dried rhizomes of Curcuma longa L.The aroma of the product is characteristic of turmeric, with distinct earthy, musky notes and a slightly bitter aftertaste. It is a viscous, homogeneous paste. The product ranges from orange-yellow to reddish-brown in colour. Mane Kancor is a leading manufacturer of turmeric essential oil . Turmeric oil is compliant with global food safety standards and exported to more than 75 countries worldwide.

How is turmeric oleoresin obtained?

A rhizomatous, herbaceous, perennial plant, Turmeric is a commonly used spice and colour agent. Turmeric oleoresin is obtained by the solvent extraction of ground-dried rhizomes of Curcuma longa L.

What is the process used to extract Turmeric Oleoresin?

Solvent extraction is the process used by turmeric oleoresin manufacturers like Mane Kancor, to extract oleoresins from ground dried rhizomes of Curcuma longa L. In this process, organic solvents are used as a medium for extracting active components, which is then subjected to de-solvenisation. The resultant turmeric extract has minimal residues.

What is turmeric oleoresin mainly used for?

Turmeric oleoresin is primarily used in colour and flavour applications. The yellow colour of Turmeric is due to Curcumin and related compounds. Curcuminoids present in rhizomes of turmeric in a particular range, gives the customer a choice of yellow shades that they can choose from, depending on their final application. Though turmeric extract is not light stable, it is highly heat stable and ideal for a variety of applications. Some of the key categories that turmeric Oleoresins are used include processed foods, meat products, sauces, soups, condiments, confectionery, snacks, beverages and seasonings.

What are the colour characteristics of turmeric oleoresin?

Water and oil soluble, the colour of Turmeric oleoresin usually ranges from orange-yellow to reddish-brown.

What are the aroma and flavour characteristics of turmeric oleoresin?

A viscous homogenous paste, Turmeric oleoresin has distinct characteristic aroma of turmeric that is musky and slightly earthy. Like turmeric, in flavour as well, it leaves a slightly bitter aftertaste.