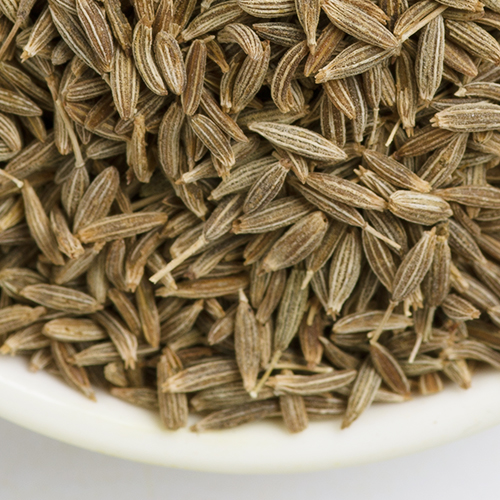 Cumin is a flowering plant that hails from the family of Apiaceae. Its seeds (each one contained within a fruit that’s dried) are used in a variety of cuisines. Cumin Oleoresin is obtained by the solvent extraction of crushed, dried, ripe cumin seeds (Cuminum cyminum). The product has the characteristic aroma of cumin, with a bitter undernote. It is a free-flowing,  golden/greenish-brown liquid. Mane Kancor is a leading manufacturer of cumin oleoresin. Our Cumin extract is compliant with global food safety standards and exported to more than 75 countries worldwide.

How is Cumin Oleoresin obtained?

A flowering plant from the Apiaceae family, Cumin is a commonly used culinary ingredient. Known for its characteristic’s aroma and flavour, cumin seeds are used across cuisines. Cumin Oleoresin is obtained by the solvent extraction of crushed, dried, ripe cumin seeds (Cuminum cyminum).

What are the aroma and flavour characteristics of cumin oleoresin?

What is cumin oleoresin mainly used for?