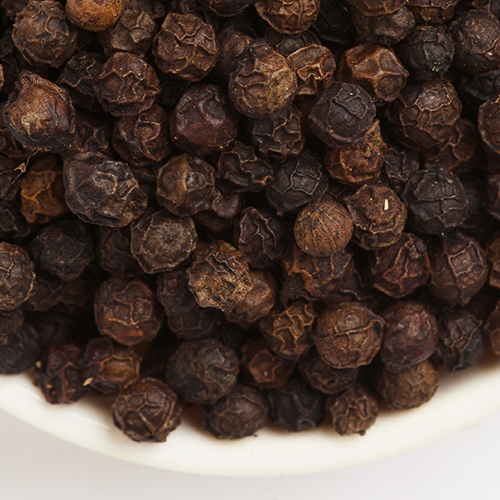 Black Pepper Oleoresin Decolourised is obtained by the solvent extraction of ground-dried berries of Piper nigrum L. During extraction, black pepper undergoes a decolourisation process. The final product is a viscous liquid that ranges from yellowish brown to greenish brown in colour. Black Pepper Oleoresin Decolourised has the characteristic aroma of black pepper, with an underlying pungency. The flavour is slightly warm and pleasant initially, followed by a pungent, biting sensation.

What is the flavour, colour and aroma of Black Pepper Decolourised Oleoresin?

What are the common uses of Black Pepper Decolorised Oleoresin?