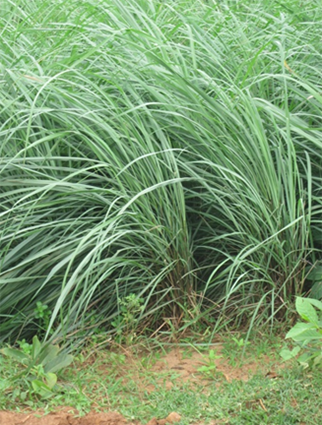 Citral is also known as geranial (citral a) or neral (citral b). It is present in the oils of several plants like Litsea cubeba (70 – 85%), lemongrass (65 – 85%), lemon tea-tree (70 – 80%) and the like. Citral is mainly isolated from lemongrass oil (Cymbopogon .flexuosus ) by fractional distillation. It is a free-flowing liquid that is pale yellow in colour, with a citrus, juicy, green lime, woody, herbal odour. The product is mainly used in fragrance applications.

Also known as geranial (citral a) or neral (citral b), Citral is present in the oils of several plants like litsea cubeba (70-85%), lemongrass (65-85%) and lemon tea-tree (70-80%). Citral isolate is usually derived from lemongrass oil for use in fragrance applications.

How is Citral isolate obtained?

What are the aroma and colour characteristics of Citral?

A free-flowing liquid, citral is pale yellow in colour and has a citrusy, woody and herbal fragrance.

Which applications is Citral Isolate used in?

Citral isolate is mainly used in fragrance applications because of its citric, green lime like juicy flavour.